Abbie founded AJ Dance and Fitness in 2012 and started out with just an adult ballet and adult tap class in Chandlers Ford on a Wednesday evening (these classes are still going strong!) Classes have continued to grow and expand over the last 6 years. Abbie is a fully qualified and registered ISTD Dance Teacher in Imperial Ballet, Modern Theatre and Tap Dance and is a qualified Fitsteps Instructor. In 2017 Abbie graduated from the Level 6 Diploma in Dance Pedagogy in which she specialised in Tap Dance. Abbie studied this degree course part-time in London alongside teaching full time in Hampshire. As well as running AJ Dance and Fitness, Abbie also teaches for other dance schools throughout Hampshire and is an Associate Lecturer in Tap Dance and Ballet at the University of Chichester. Most recently Abbie has had the opportunity to choreograph several shows for local groups including the Hampshire professional tour of ‘Bouncers’ in 2017 as well as the pantomime ‘Jack and the Beanstalk for Mountbatten Players and ‘Bugsy Malone’ for Spot On Productions in 2019.

Background – Abbie started dancing with a local dance school, Oakwood Academy of Dance, when she was only two and a half years old, studying Imperial Society of Teachers of Dancing (ISTD) Imperial Ballet, Modern Theatre and Tap Dance and continued with the Academy until she had completed all her major dance examinations. Abbie also attended the Urdang Academy in Covent Garden for two years from the ages of 11 to 13 on their Musical Theatre course where she performed in a revue show and in the musical Godspell. To further her studies Abbie attended Chichester College after leaving school and studied a BTEC National Diploma in Dance and a BTEC Subsidiary Diploma in Musical Theatre, passed with Distinction and Distinction*, alongside the ISTD Teaching Qualifications, Diploma in Dance Instruction (DDI) and Diploma in Dance Education (DDE). 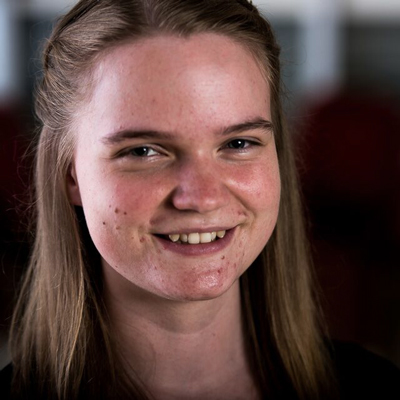 Jemma’s love of dance first started when she was just 4 years old at Oakwood Academy of Dance, where she studied Imperial Ballet, Modern Theatre and Tap Dance. Whilst at Oakwood Academy, she took part in annual shows and exam sessions, going on to pass her major examinations in all three subjects.

Jemma chose to study GCSE Dance at Secondary School, before going on to study A Level Dance and a BTEC Subsidiary Diploma in Dance at Totton College, alongside English Language and Sociology. She then went on to study at Chichester College, where she gained her ISTD teaching qualifications; Diploma in Dance Instruction (DDI) in 2015 and Diploma in Dance Education (DDE) in July 2016, successfully qualifying in all three genres.

Whilst Jemma was studying, she had the opportunity to perform as part of the curtain raiser, for Matthew Bourne’s Swan Lake, at the Mayflower Theatre in Southampton, after taking part in a week’s workshop with the company. She has also performed in several productions with the Christchurch Gilbert and Sullivan Society as a dancer. Jemma has performed at Her Majesties Theatre in London twice, firstly in 2015 with Oakwood Academy and more recently, in 2018 with AJ Dance and Fitness.

Abbie is an amazing teacher. She is brilliant with young children as well as adults and always pitches the lesson just right. I cannot recommend Abbie highly enough. I am very happy to have her as a teacher for both myself and my daughter. She always choreographs interesting and varied routines suited to the ability of her pupils. If you are looking to keep fit, refresh some old skills, or learn some new ones in a fun environment then Abbie’s classes are for you!

A really brilliant adult tap class! It is extremely friendly, fun and a great way to escape for an evening and get some exercise! Abbie is an amazing teacher and keeps us on our toes ;-)

This is a fantastic tap class, we work at a good pace and Abbie always makes it interesting and challenging for us all. A great work out with lots of enjoyment. Highly recommended.